An Unheard of Journey for a Woman

by Brenda Wilbee, in Narcissa 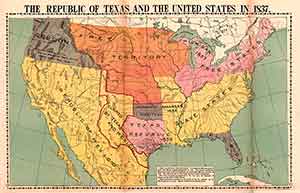 A LONG TIME AGO, "The Oregon" of North America’s mid-Pacific Coastline was a far-away region jointly accupied by England and America. England’s Hudson’s Bay Company had been there forever and over the years various American companies arrived, all vying for furs provided by native tribes. To The Oregon, then, is where Narcissa headed in 1836 to be a missionary, traveliing with her new husband and, unexpextedly, her old nemesis—bitter because Narcissa had once refused his hand. Awkward...

UNLIKE TODAY WITH READY ACCESS TO MAP QUEST and Google, Narcissa and Marcus Whitman in 1836 (along with nemeisis Henry Spalding and his wife, Eliza, of three years) had only the guidance and protection of the American Fur Company as it advanced across the continent, taking trinkets, whiskey, red calico, guns and ammunition to trade with the natives at the annual rendezvous—a raucous, humongous gathering of all the fur trappers and companies concerned—and Indian tribes loosely united against the dangerous Sioux and Blackfeet.

These early missionaries, then, traveled unbroken territory, without roads or bridges in the safey of a caravan on the move. Narcissa’s journal and letters home allow us to track her 3,000-mile journey with reasonable certainty. I spent months, however, comparing her writing with that of other early adventurers in order to come up with a map that documents her day-by-day progress and the surrounds in which she found herself. 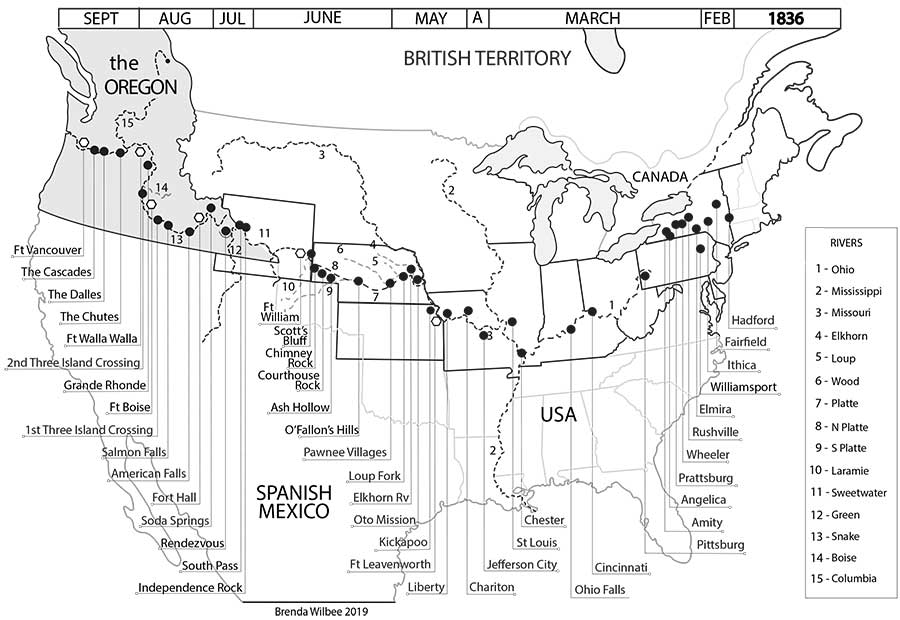 The trip did not get off to a good start. They'd reached Liberty MO without difficulty, but due to a mixup in Liberty they could not take the boat to Bellevue (a few miles north of the Oto Mission) as planned, where the caravan was packing to leave. No choice but to hoof it up the Indian Trial: Ft Leavenworth > Kickapoo > Platte River > Oto Mission. They did not make it, the caravan had pulled out 5 days before.

But they still had 150 miles before Pawnee Country, didn't they? If they pushed it, 60 miles day, come hell or high water, they might, just might, catch up. Not until they crossed the Loup Fork and traveled a third hard-pressed day--did they see the slumbering caravan. It was one in the morning. At dawn, the caravan moved out, leaving the missionaries to yet another "violent crossing" of yet another river and another day's ride. Finally, they caught the tail. They hardly had time to rejoice. In hours they were in Pawnee country.