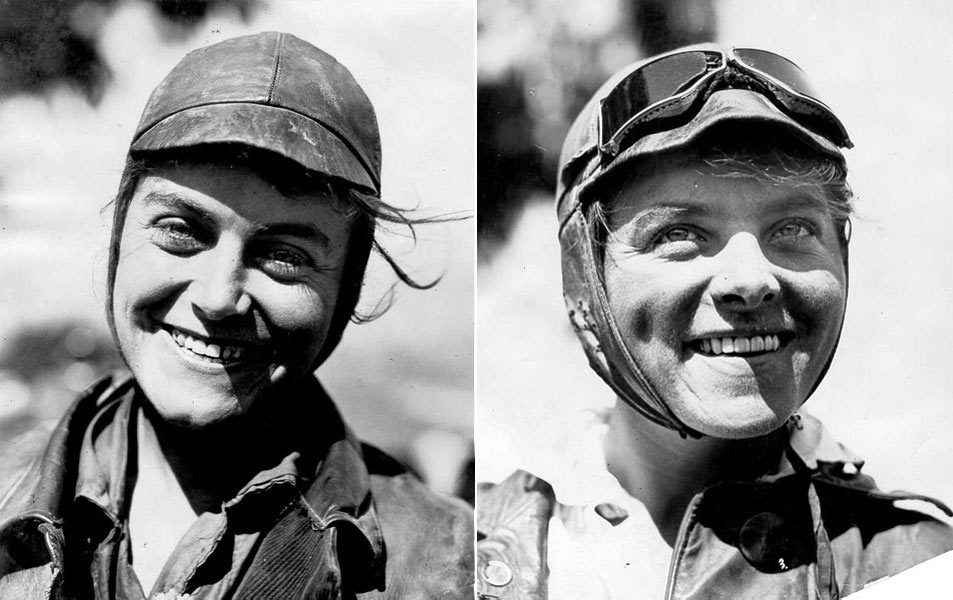 GREAT-WHATEVER-GRANDDAUGHTERS OF OUR 8th PRESIDENT (the bushy-cheeked Martin), Augusta and Adeline came from an elite family. They were not, however, the usual socialites of 1916.

They liked to box, figure skate, ride motorcycles, and fly areoplanes. The suffrage movement and approach of WWI had turned them into political activists and in 1916 they set out to prove that women had the intelligence and fortitude to both vote and serve in the armed services. In particular, they wanted to be military dispatchers. 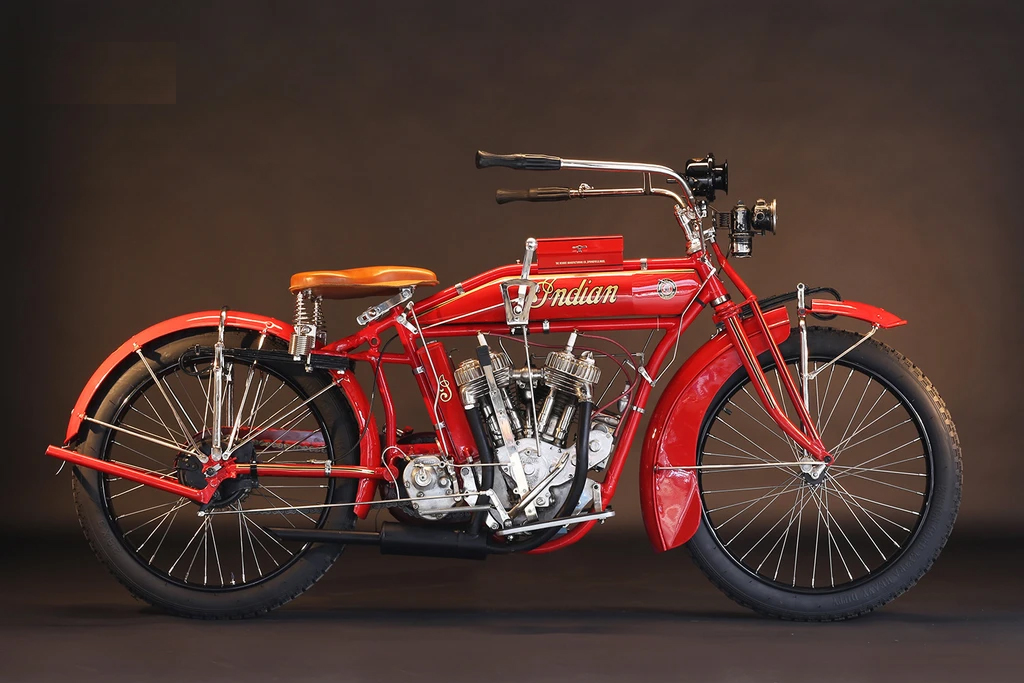 To prove their point they set off across the country on these 1916 high end Indian PowerPlus motorcycles—with their 1,000cc engines, throttle twist grips on the left, twist grips on the right to slow or advance the spark—boasting gas headlamps and a webbed base that allowed some suspension. No windshield, no front brakes. From NY to CA, this 5,500-mile journey of brain and brawn ought to do the trick.

The operable word is ought. 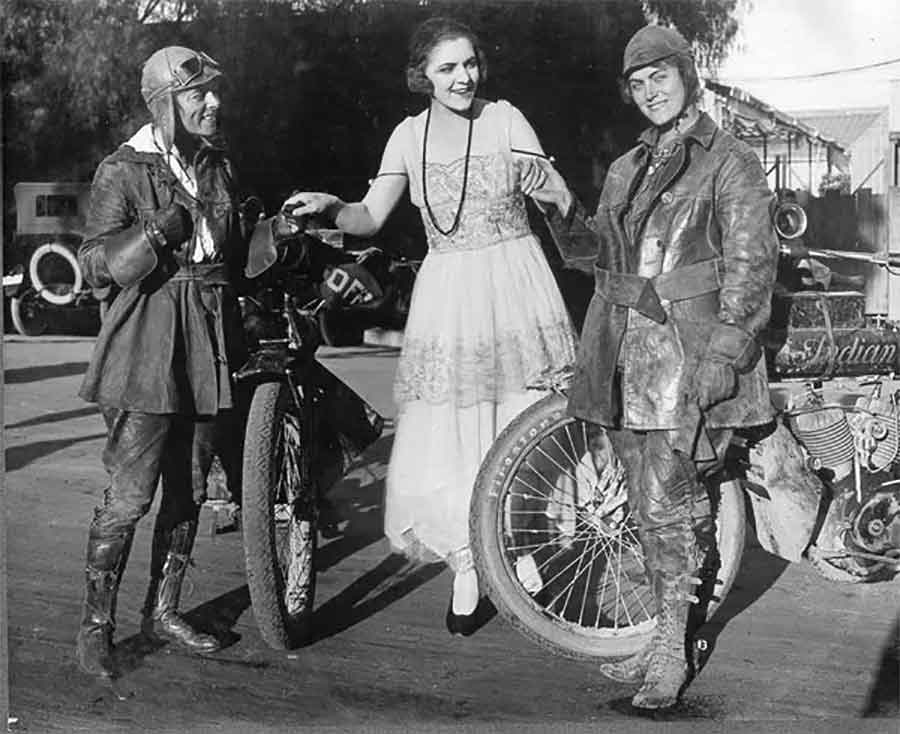 The journey was risky - with few roads, fewer road signs, and no maps west of the Mississippi. Their only directions came from the 1916 Blue Book, a leather-bound volume of complicated turn-here-turn-there directions. Worse, they had no reliable source for gas, food, or water. Still...they took off Independence Day 1916, wearing jolly-go-lucky smiles, goggles, and everything leather: caps, jackets, military-style leggings, breeches, and calf-high boots. The Midwest did not like their attire. Right out of Chicago and all through the breadbasket of America, cops went after them, sirens wailing, to arrest them for wearing - get this - pants. A month into the adventure, they should have been in San Francisco. They'd only reached the Colorado Rockies.

"Ah, to the hell with it!" exclaimed A to A. "We missed the deadline, we might as well take a detour!” 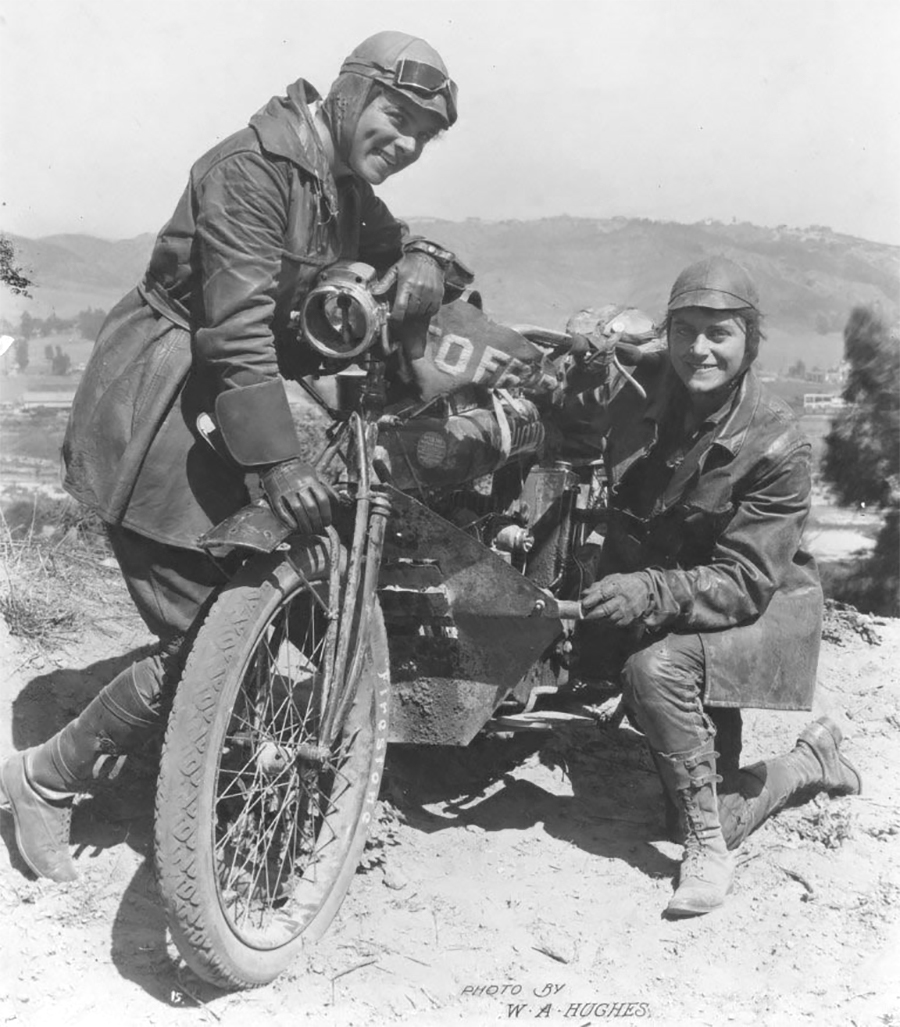 Up, up, up—14,000’ above sea level—they coaxed their cantankerous bikes, sputtering and choking on the wisp-thin air...and themselves, faint, dizzy, their hearts pounding from lack of oxygen. They persevered, worse for the wear, but by doing so they became the first in the world to reach the summit by motorized vehicles. Rejuvenated, they thundered west again.

They now dealt with torrential afternoon downpours. The Colorado trails softened and slickened with mud. They slid out sideways, they mired, they flew head over heels. Once the mud mired them so severely the two women had to abandon their bikes in quest of help. 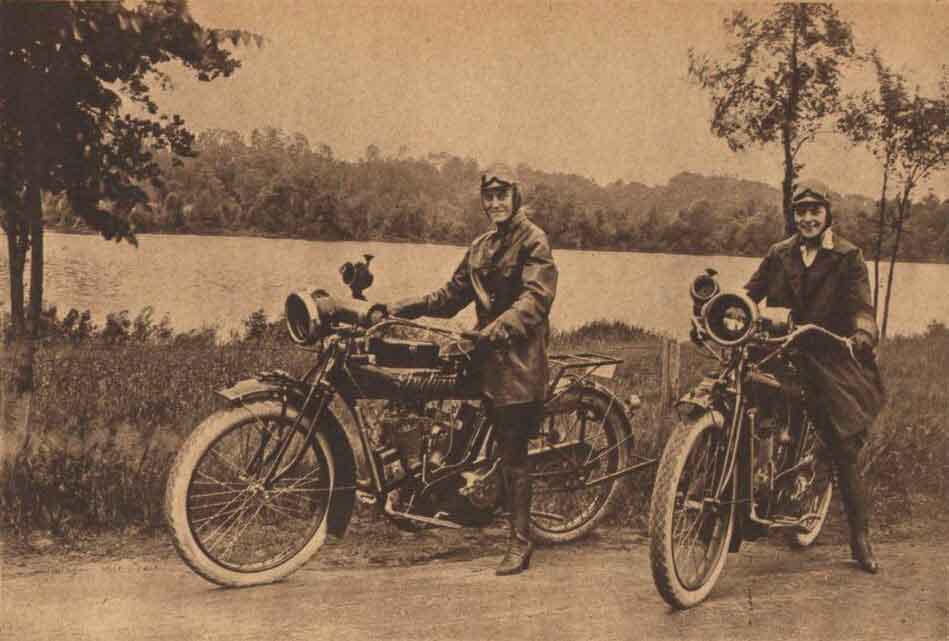 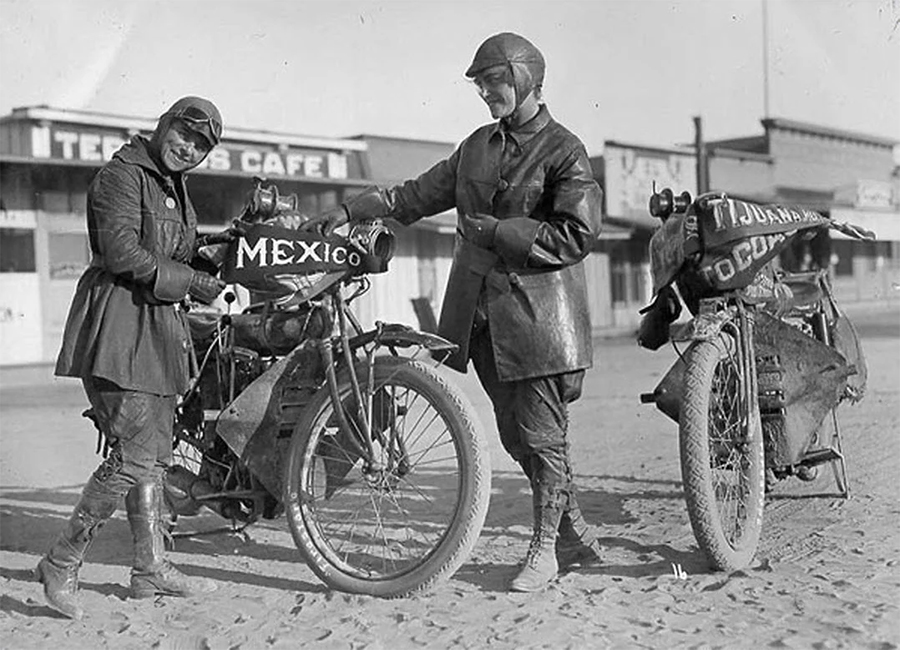 One hundred miles west of Salt Lake City, in high desert country, a dust storm came up and scoured away the road. They wandered for days, lost, water gone, things looking grim when a prospector in a horse-drawn cart happened by. He had food. And water. And directions for them to follow.

Finally, September 2nd, they rumbled into San Francisco a full month late. A goodnight's sleep and they turned south, headed for LA and their final stop—Tijuana, Mexico.

They'd done it! Huzza, huzza! A resounding success by any measure of the stick. Bring on the drums!

But the stick was not the measure. And where was the band? The media praised the motorcycles but withheld praise of two women “on vacation.” The Denver Post accused them of trying to escape their housewife lives, and some newspapers went so far as to accuse Gussie and Addie of play acting. No woman could possibly do what they claimed. They had to be actors, parading around in tight khaki trousers and boots to “display their feminine contours in nifty khaki and leather uniforms.” When the US joined the war the following April, their applications were denied.

Danger and difficulty, fitness and bravery, these were immaterial if you were a woman.

Not to be deterred, the Van Buren sisters squared their shoulders. Addie got her law degree when few women even went to college. Gussie put in her hours and joined the Ninety-Nines, Amelia Earhart’s international organization of female pilots.

Moral of the story: If we must bend, we must not break.

Actually, the story doesn’t end. In 2002, the American Motorcyclists Association posthumously elected them into their Hall of Fame. And in 2016, on the anniversary of Addie and Gussie's unsung journey, extended family partnered with Women’s Motorcycle Tours to ride again the trail of GRACE and GRIT.

There, aren't you glad you know them now? 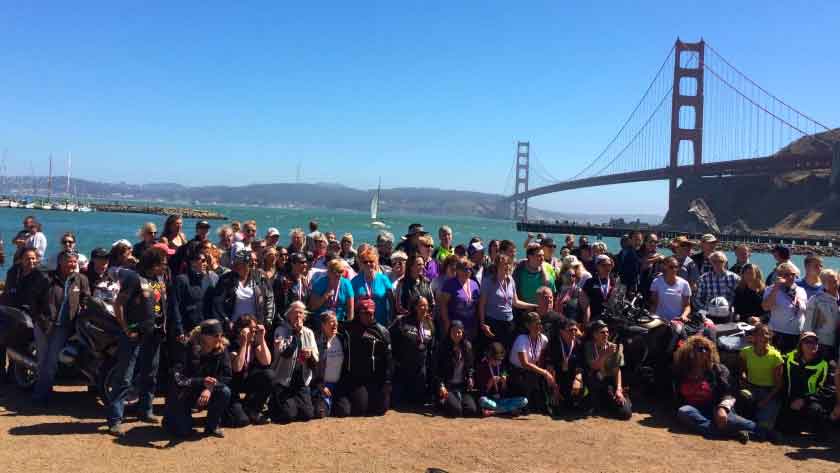