Justice and Silence. An Unintentional Lesson. 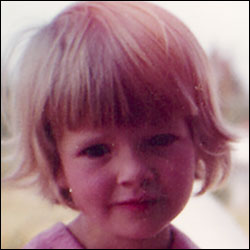 “Why did you make Santa’s nose that color?” Jerry jeered.

My six-year-old self stiffened, helpless against the red-headed, freckle-faced boy who sat in the desk ahead of me. Daddy had told me Jerry taunted because he liked me. A terrible worry. If boys made fun of you when they liked you, what did they do if they didn’t? I stared at the cherry red crayon in my hand, fire in my cheeks.

“Santa’s nose isn’t cherry!” he sneered. I instantly felt everyone turn to stare and fell to my usual frantic prayer: Jesus, open a hole so I can fall in.

Invisible, no one could hurt me.

In 1958, Patsy Patenaude and I were the smartest children in Grade One at James Park School in Port Coquitlam, BC, Canada, a blue-collar town eighteen miles east of Vancouver where I’d been born on a sunny May afternoon, the dogwood in full and glorious bloom. Unlike Patsy, an eager, bouncy kind of kid, with auburn braids, bows at each end, who liked to show off without apology, I was excruciatingly shy. I’d entered school in the fall so afraid I sat fixed to my wooden seat on high alert, able only to move my eyeballs to ferret out the danger. I sat with hammering heart, clammy palms, breathing so shallowly it left me lightheaded. I was also a frail child, troubled by bronchitis and mild eczema. It set me apart.

Within a week, I figured out the two rules that would keep me safe. One: no talking unless called on. This suited me well. Two: if something dropped, it stayed on the floor until the next bell. My older sister, when she was in Grade One, had dropped her eraser; I sort of knew about this rule. Dad had her bring it home, drilled a hole in it big enough to thread a string, and told her to tie the other end to the grillwork of her desk. That way, if it fell, it wouldn’t fall to the floor.  To my surprise, when I tied my eraser tied to the grillwork, everyone wanted Dad to drill and string theirs. For a week I kept him busy with as many erasers as I could bring home in my pockets. Relieved by this at least, I was better able to keep an eye on my pencil when not using it, carefully cradled in the groove on the top my wooden desk. Not that I ever let my guard down. One never knew. And there was always Jerry.

Looking back, I’d have to diagnose Jerry Harris as having severe ADHD. But back in the fifties his nonstop wriggling and acting out was considered straight-up naughty. By Christmas, I’d grown to love school despite myself, and Jerry became a snake in my Eden, slithering up behind me, catching me unaware and reducing me to icy terror.

“Ha, ha! What a baby!” he jeered one day when I swung open the clock room door to step into the classroom. “Can’t even put her sweater on right! Haha! Baby, baby, bayyy-by!”

A glance told me I’d put my favorite red sweater on inside out. I slunk to my seat and sat drenched in humiliation.

The afternoon I colored Santa Claus’s nose cherry red, the sky outside had gone a sodden gray. Rain pummeled the bank of high windows in a volley of fury and water rushed down the glass in crazy, racing rivulets. By contrast, the cheery yellow light of the classroom had created a cozy world, lulling me into a sense of serenity. Miss Fairborn’s cardboard alphabet circled the walls. The map of Canada, pink and ginormous, at very center of the world, told me where I fit in the bigger order of the unknown. Snug, warm, engrossed in my coloring and waiting for the promised cotton batting to make Santa’s beard, I floated in bliss and Christmas imagination.

“That’s stupid! Santa’s nose is red, not cherry, you dummy!” Jerry Harris knocked the cherry red crayon from my hand. Despite my shyness, I lunged, grabbing the crayon just before it rolled onto the floor. Heart pounding, eyes downcast, and frightened by the commotion I’d just become a part of, I prayed my frantic standard: Jesus, open a hole so I can disappear.

Jerry backhanded my crayon box. A shocking clatter before my crayons rolling everywhere. Heart in my throat, breath shallow, and eyes downcast, I listened in the hushed silence to the sound of Miss Fairborn’s heels tap-tapping the floorboards as she closed in on my desk. The high heels hove into view, all I could see from my position of chin to chest.

“Did you throw your crayons on the floor, Brenda?” she asked.

I somehow shuddered a quick shake of my head.

Eyes fixated on my lap, I managed to point to Jerry.

“Why would I throw her stupid crayons on the floor?” he yelped.

“Brenda,” said Miss Fairborn, “your crayons will stay in the floor. And because you lied, you’ll sit on your hands for an hour.”

“One hour,” repeated Miss Fairborn, feet tap-tapping out of sight.

I doubt I moved a muscle except for frantic blinking, tears ready to spill. Dear God, don’t let me cry. How would I wipe them off my face? How would I catch the sniffles in my nose? Please don’t let me cry. In time, Miss Fairborn handed out the promised cotton batting. I could hear her feet moving up and down the tidy rows of desks, each desk bolted to long wooden runners. She passed me to give Jerry his portion, and I realized with a start that my poor Santa of cherry red nose would not to get a beard. Please don’t let me cry. I desperately thought of other things: Boundary Bay, the gum in Grandpa’s pockets, the new baby coming.

“You can take your hands out now,” said Miss Fairborn.

My hands scared me. White. Heavy. I set them in my lap, rubber. I bit my lips when the blood began hammering like woodpeckers.

I bolted the instant school was dismissed, leaving Santa on my desk, crayons on the floor. I half fell down the stairs outside to a soggy lawn and ran for home in the driving rain, blinded by tears that couldn’t stop. I burst through the back door, a soggy, muddy mess, wailing and choking.

I couldn’t make the words come out in order, waves of anguish carrying them off. More tears, more wailing. Mum must have eventually sent me to my room. I don’t remember anything. I don’t remember my sisters, I don’t remember dinner, I don’t remember getting ready for bed or brushing my teeth. I do remember Daddy coming in later than night. He taught at Vancouver Bible College; he also worked swing shift at the tungsten refinery. He found me with swollen face, raw eyes, ringing ears, chest aching and stomach sore, exhausted, still crying, hours of crying, my sisters in bed.

“Can you tell me what happened?” he asked.

A balloon popped. All those words. They whooshed out of me in a rush of dizzy flight.  “She called me a liar! She made me sit on my hands! A whole hour! She’s never makes Jerry sit on his hands an hour! Only half an hour! He threw my crayons on the floor! They’re all broken! He lied! She said I lied! My Santa Claus…” Words nosedived, balloon flailing with the last of its air. “Jerry laughed,” I whimpered, done in, the balloon empty and flaccid.

Dad went and got his big Thompsonian study Bible and I crawled out of my covers to sit beside him. He opened it to I Peter 2:19-20. He meant to comfort me.

For this is thankworthy, if a man for conscience toward God endure grief, suffering wrongfully.

I found no solace, though, and tried to argue. I had to suffer injustice without speaking? This couldn’t be right. My mother wouldn’t stand for such a thing! This had to be wrong! All wrong! Yet there it was in black and white. How does one argue the Bible’s black and white?

When he tucked me back in, my mind teetered on an abyss of such terror it stunned me. anyone. could do anything. to me. at any time. and if I wanted to be acceptable to God?

Dad ruffled my bangs the way I loved, sorted the tangles of my sweaty Pixie cut. He bent to kiss me goodnight. He meant to comfort me; I knew this. He had no idea how frightened I was. What if Miss Fairborn put me in the dunce chair? \What if she made me sit naked in front of everyone? What if Jerry— What if Dr. Bennet—

“Goodnight,” Dad whispered. He turned out the light, and I toppled into an abyss, out of which I could not climb.

Over the years, Dad and I have talked about the very strange places my head went while growing up and how destructive it had been for me. He’d had no idea; always he felt badly. “If only I’d known…” he’d say.

This incident, however, I never brought up. It would make him too sad. And, well, who can understand the mind of a child?