And We Nearly Burned the House Down

by Brenda Wilbee, in Family

DURING THE SUMMERS and because of my health, Tresa and I were sent from the Midwest to live with our aunt and uncle and five younger cousins at Boundary Bay, BC. They lived in Tsawwassen, a town that sits on the ridge. On the beach below was the family cabin, built by my father when I was born. My happy place. When Auntie Anne couldn't take the two of us getting under her Brer-Fox skin one more minute!, Uncle Stan took us Brer Rabbits down to the "briar patch" of the cosy cabin on the beach. He left us surrounded by sand and prickly burrs, seagulls wheeling and the tide slapping the seashore twice a day. I was fourteen, Tresa thirteen. 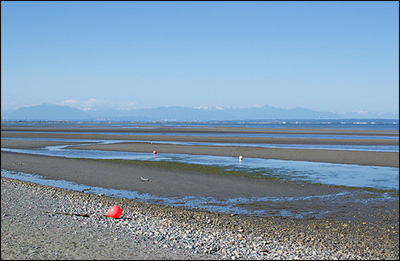 Nothing can compare to idyllic, idle days at Boundary Bay. From sunup to sundown we scoured the beach for discarded popsicle sticks, pop bottles, and starfish from off the Point. When the tide was right, we ambled over the tideflats to the American - Canadian boundary marker a mile away. Sometimes we took inner tubes so we could float in on the warm tide. Some days Dr. Phillips from up the beach came to take us sailing. Other days we lolled away the time with a good book in hand.

Indoors, on the left side of Dad's stone fireplace, Grandma kept all her old Readers Digests, National Geographics, and condensed books. Tresa and I took turns reading on the hammock under the shade of the cottonwoods while the other settled into a lounge chair. We fixed ourselves lemonade and decided there was no better sound than that of ice cubs clunking on a hot summer day. We ate pretzels and corn on the cob. 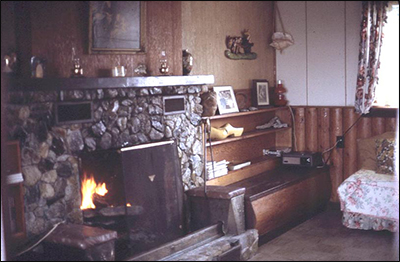 One day, late afternoon and tired of the flies, we retreated indoors to read before a fire. Lost in our own worlds, tethered to realty only by the crackle of the flames, I'd look up and say, "Your turn to get more wood." Dressed in shorts and a T-shirt, Tresa hauled in another stash. A chapter later, she'd say, "Your turn." And it was.

"HOLY SMOKES!"
We both jerked up, gaped at each other in paralyzing fear. Then Uncle Stan, on his 5:30 daily check, walked into the living room. We slumped in relief. Until, that is, he reached up to touch the log crossbeams. "Oowoo," he gasped, shaking out his fingers. "What are you girls trying to do? Burn the house down?"

It was hot. Beastly hot. I noticed Grandma's candles on the mantel had melted and were drooping down the candle holders. Uncle Stan tried to touch the mantle, but recoiled. He shook his head, chuckling. "Good thing I came along." We quick doused the flames with jugs of water and he went around the house opening all the windows.

That night, for whatever reason, we were too afraid to leave the windows open. For the first time—ever—we closed them all and locked them, and then the front and back doors. Man oh man, but it was hot.

We couldn't sleep. We tossed and turned in sticky sheets. Once or twice we tried cracking a window but fear swept in. Finally, giving it up, we got dressed and traipsed in the pitch black of night down 67B Street, nothing more than an alley back then, to the Phillips' house.

Someone knocked, and Mrs. Phillips appeared, all sleepy and clutching her robe. Dr. Phillips arrived, scratching his head. They let us sleep on the porch, doors and windows shut tight but the air sweetly cool with sea air. 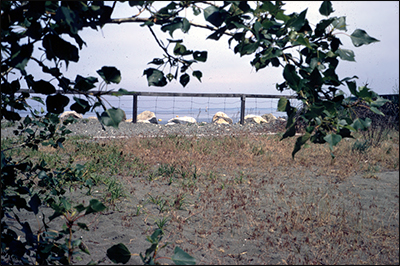 In the morning, back we trudged. We opened up all the windows and doors, poured a bowl of cereal, found our books, debated who'd get the hammock, and settled into just another day at the briar patch of the beach house.

The sun lit up the sky, seagulls and blue jays came to feed off the stale bread Tresa and I set out, the star fish drying on the picnic table stunk. All this and the salty air fed my soul. All was well in our world.

Funny thing, we left Grandma's candles just as they were. No attempt to pry them loose and toss them out, nor attempt to hide our careless shenanigns. A testament, I suppose, that the house still stood. My happy place, indeed.

If you like my writing, you may want to sign up for my monthy newsletter. New subscribers get a free PDF of my latest book--Skagway: It's All About the Gold. And every month you get a 2nd secret freebie. See the sidebar for an easy link to take advantage. Keep in mind, it's super easy to unsubscribe.
Prev Next
Created with Pub Site
Created with Pub Site