► THREE: ORPHAN - DRAGONS OVERWHWELM, But There is Always a Hero to Help
“Someone please rescue me from this dragon!” - Ruth the Orphan 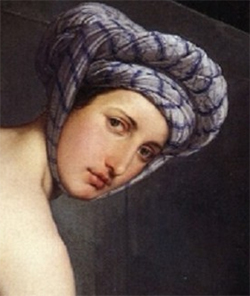 One evening David got up from his bed and walked around on the roof of the palace. From the roof he saw a woman bathing. The woman was very beautiful, and David sent someone to find out about her: The man said, “Isn’t this Bathsheba, the daughter of Eliam and the wife of Uriah the Hittite?” Then David sent messengers to get her. She came to him, and he slept with her … Then she went back home. The woman conceived and sent word to David, saying, “I am pregnant.” -2 Samuel 11:2-5 (NIV)

I try to imagine her thoughts as she dressed for the strange, unexplained honor. Or how her thoughts must have turned when King David informed her she was to comply with his lust. It had to have been a difficult time, a betrayal of trust and honor. And what were her thoughts when she found she was pregnant? By the king? Her husband out of town, serving in the king’s army?

The law was clear. Adulterers were to be stoned. Bathsheba, like so many of us, found herself stuck between a rock and a hard place through no fault of her own. What was she to do? Like most Orphans, her first choice to seek help was not specific. She simply sent a note, “I am pregnant.” It was up to David to figure it out. She was helpless; he was the king.

For most of us, this is all we can do when first knocked off our feet by tragedy and crisis, and that’s okay. When we get back on our feet, we’ll learn to be more specific. Which is exactly what happened with Bathsheba.

Years later we see her as but one of eight wives. But we also see her as a woman who’s learned how to be an Orphan; learning her own strength and, in the absence of power, to trust. A difficult task, considering where she started.

King David was old and dying. Adonijah, a son by another wife, was plotting to take over. If he succeeded (and it looked like he would, for he had the endorsement of the king’s military captain), this would put Bathsheba’s life in danger—again. And so she went into the king’s bedchamber, this time with a specific request—and trust in the man David had become.

“My lord,” she began, “you swore by the Lord God unto me, your wife, that assuredly Solomon our son would reign and that he would sit upon the throne.” 14 Did David nod, head against the pillow? “But Adonijah reigns. And you, my lord the king, don’t know of this. Even now he has slain oxen and cattle and sheep and has called all the sons of the king, Abiathar the priest, Joab the captain of the host, but he has not called Solomon.”

At this point David must have tried to sit up, perhaps called for more pillows. Solomon’s life, Bathsheba’s … What were his thoughts?

“You are king,” she said, pressing her point, “and all the eyes of Israel are upon you, waiting to see what you will do. Who shall sit upon the throne? If you say nothing and Adonijah comes to reign, when my lord is laid to rest with his fathers, then I and my son Solomon will be counted as offenders and perish.”

I can imagine he held out his hand, remembering again all he’d put her through. “Bathsheba…” he whispered.

Slowly she bowed over his hand, confident in her trust.

No longer the helpless Orphan, take care of me, Bathsheba had moved into self--reliance, do this for me. And David did.

“Even as I swore unto you,” he said, repentant of past wrong, “by the Lord God who has redeemed my soul from all my distress, assuredly Solomon your son shall reign after me and he shall sit upon the throne in my stead. This day I will see it done.”

All the world has benefited by Bathsheba’s strength, given to her in a time of helplessness, for Solomon became the wisest king to ever rule. Today we still read his songs to find beauty, comfort, and wisdom, and to be reminded all over again that none of us are ever without help.
__________
14. 14. 1 Kings 1:17 (paraphrased).